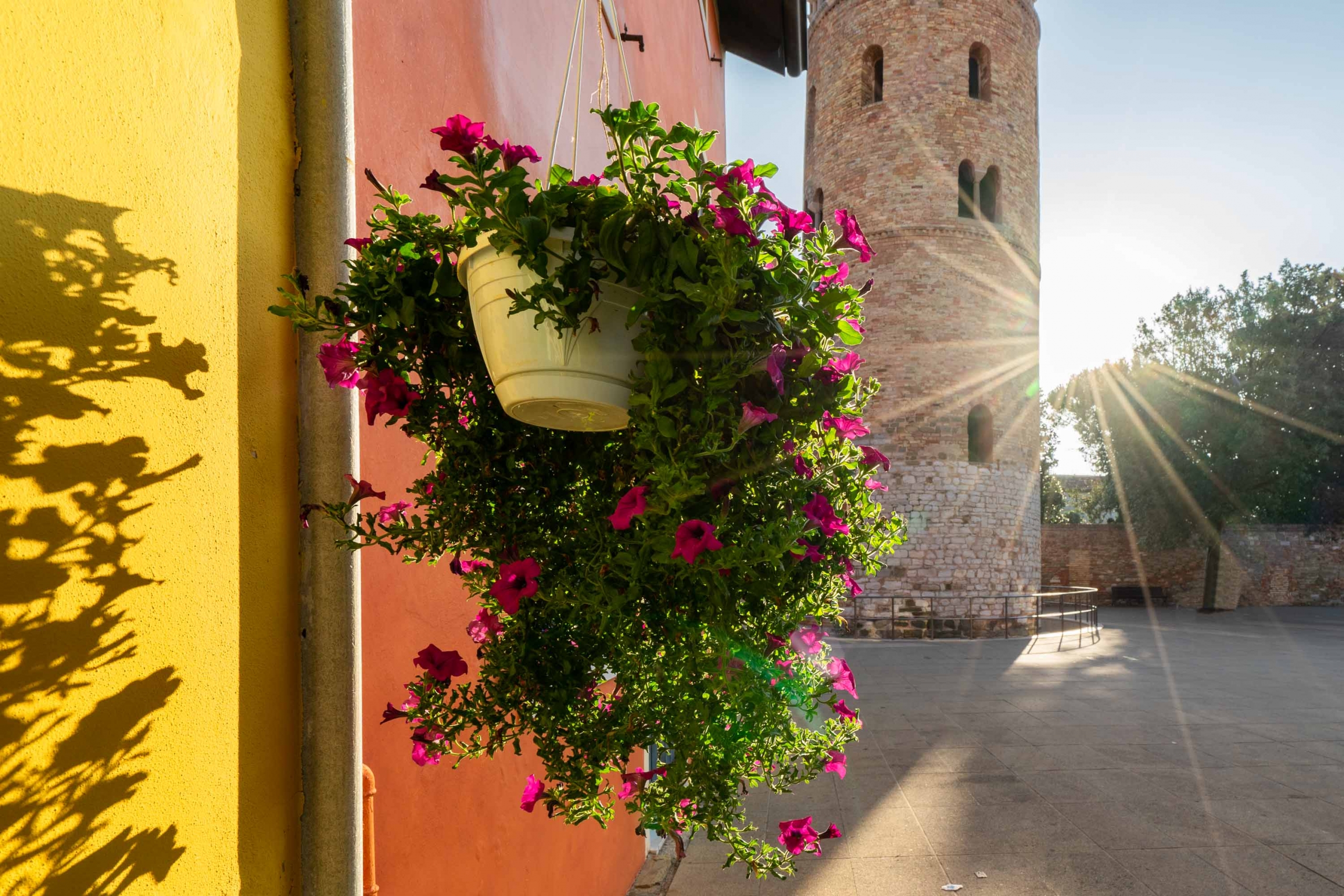 Caorle was once part of the Dogado, which was one of the three large administrative areas into which the Republic of Venice was divided. It has a fascinating history, with an intriguing, mysterious side to it.

Every year millions of tourists from all over the world visit this little town in the Veneto region of Italy, which looks out over the Adriatic Sea.

Today we’re going to look back at the history of Caorle, from its origins to the present day.

The town’s roots reach back to the 5th century BC, as shown by numerous discoveries from Ancient Roman times, such as archaeological finds in the sea and the sacrificial altar that can now be seen in the cathedral.

The town first took shape as a harbour for ships heading up the Lemene River to the Roman towns of Iulia Concordia and Opitergium. The diocese of Caorle was established at that time.

There’s a famous story about a number of Venetian maidens who were abducted and then set free on Caorle beach. Historical re-enactments are still carried out by costumed performers today.

In the following centuries, frequent raids by pirates and forces from Trieste forced many families to leave the area and move to Venice. Consequently, Caorle became less important than other towns in the Venetian Dogado.

The resulting isolation meant that things got worse in Caorle when the Genoese attempted to capture the possessions of the Republic of Venice in 1379. They laid waste to the entire town and the bishops were even forced to abandon the episcopal see.

Caorle went through some very tough times after the fall of the Republic of Venice and things were made even worse as it came under foreign rule, first under Napoleon Bonaparte and then under Austria.

The town didn’t begin to thrive again until the 1970s, when the tourism industry helped to restore its former glory.

There are two theories about the origins of Caorle’s name, both of which have Roman roots. It could stem from the town’s former name of “Caprulae”, meaning “island where goats live”, but it’s also possible that worship of the pagan goddess Capris is behind it.

Some of the main places of interest are the wetlands visited by Hemingway, the cathedral (1038), the round Romanesque bell tower (1038) and – first and foremost – the Sanctuary of the Madonna dell’Angelo (1523).

The latter is a little church on the coast that’s always been a popular destination with pilgrims due to the many legends associated with it.

We’ll tell you all about it next time!