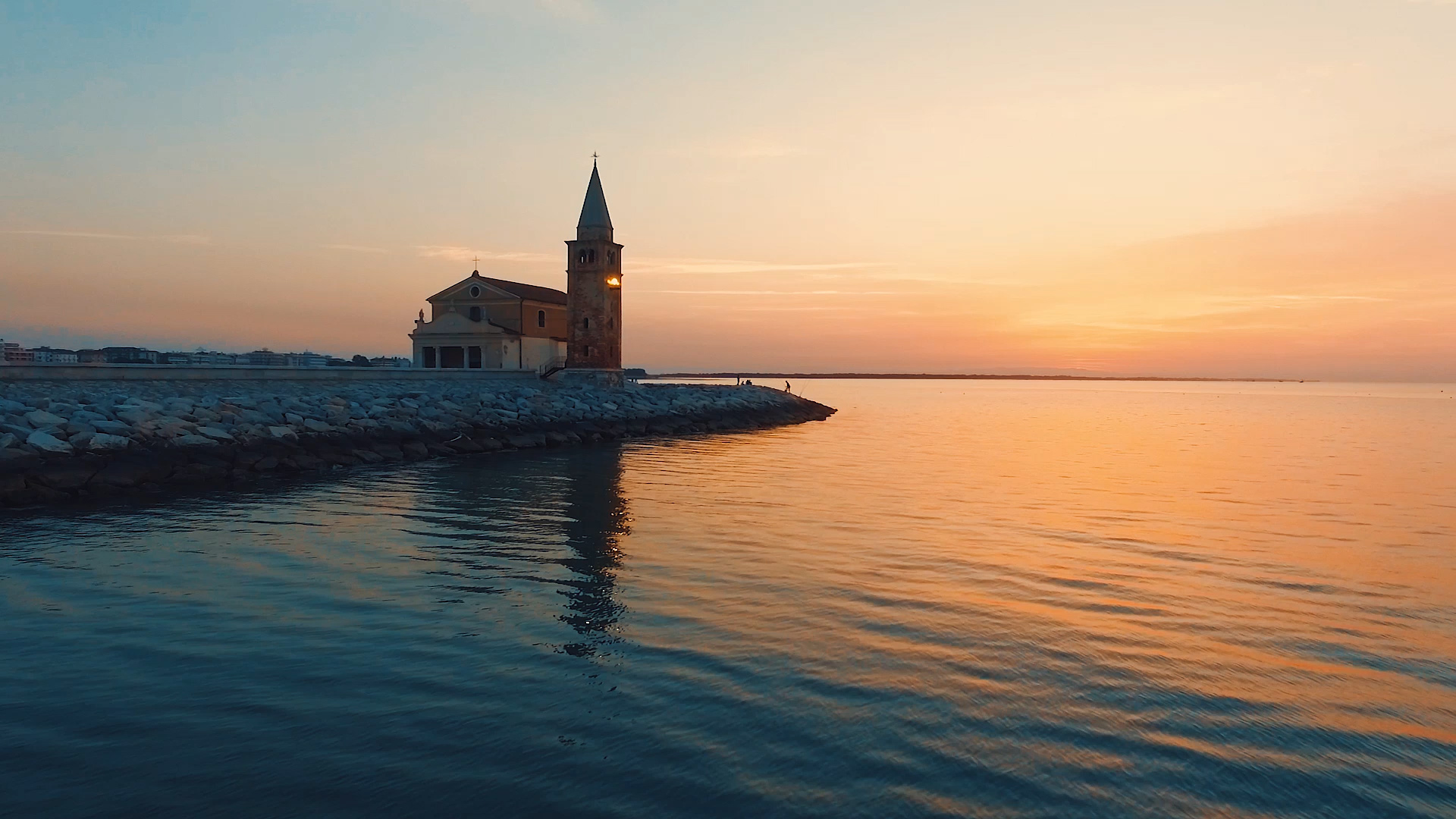 The Sanctuary of the Madonna dell’Angelo

As we said last time, today we’re going to tell you about the legends associated with the Sanctuary of the Madonna dell’Angelo in Caorle.

The story goes that many years ago, some fishermen were casting their nets into the sea when they spotted a statue of the Virgin Mary floating near their boat. They managed to get it out of the sea and set it ashore on the beach near the church, which is why it’s now known as the Sanctuary of the Madonna dell’Angelo (meaning “Our Lady of the Angels”). People say that the statue was standing on a heavy block of marble and the fishermen and the people of Caorle were unable to shift it, no matter how hard they tried. The bishop then asked some children to give it a try. They managed to pick it up and take it inside the church.

And that’s not all!

In 1966 floods swept through Caorle and almost the entire town was hit by them, but it’s said that not a single drop of water got inside the Sanctuary of the Madonna dell’Angelo even though it’s right on the seafront.

Caorle’s magic lies not only in the legends tied to its past but also in the spectacular scenery.

As soon as you start walking around the town, you’re bound to notice the colourful houses and the quaint, narrow streets that are very similar to those in Venice.

The town’s also famous for the “Living Rocks” in its sea defences. In July every year, artists come from all over the world to decorate another section of the shoreline with new works.

Another distinctive feature of life in the town is the “Caorlina”: a type of boat that was traditionally sailed in the Venetian Lagoon and has now become one of the most renowned vessels to race on the short route in the Historical Regatta in Venice.

With its history, coastal location and mysterious charms, Caorle is steeped in endless appeal.

Who could resist? Book a holiday in Caorle now and the staff at the Hotel Montecarlo will help to make it unforgettable!